Contact us for programs and more information
at 15minutefieldtrips@gmail.com
or leave a message at 401-649-6347.

15 Minute Field Trips™ is dedicated to environmental advocacy through the arts and community action and environmental literacy through physical and online resources, training, and programs to get youth, classrooms, and families outdoors.  Through frequent exposure to nature we create responsible citizens and advocates for environmental and racial justice and provide ways to reduce anxiety through the enjoyment of nature.
Workshops here. 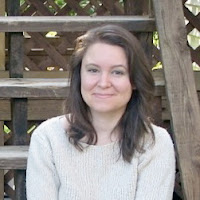 Melissa became a URI Master Gardener in 2011 and was involved in the pilot Eco-Exploration Camp.  She was also in Audubon Society of RI's pilot Schoolyard Science for an Urban Eco-System and was named Environmental Educator of the Year in 2012.  She started and maintains a school garden where she teaches environmental education STEM to STEAM.  She continues to be recognized for her program development and dedication to environmental literacy, speaking at the Rhode Island Environmental Education Association's annual meeting on STEM to STEAM enactment, presenting and workshopping "Art & Design to Engage Kids in STEM Subjects" at the New England Association of Technology Teachers 2014 conference, presenting on how to start and maintain a school garden at the 2015 "School Gardens 101" conference at Rhode Island College, and has received multiple recognition awards from the East Providence School Department.  She has developed her programming over years working with elementary students and started an Eco-Warrior program to encourage environmental leadership at home. 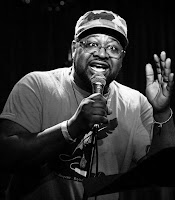 
Named Best Hip Hop Poet by the Cambridge Poetry Awards two years in a row, he has also been the Boston Cantab Lounge’s “Grand Slam Champion”. Marlon has been a TEDxBoston speaker and a presenter at a Providence presentation of Pechakucha. Carey has been a regular collaborator with local Storytelling troupe, RIBS (Rhode Island Black Storytellers), including Valerie Tutson, Raffini, and Len Cabral.
In theatre, Carey has been in major plays such as The Sunset Limited, Topdog/Underdog and Shakespeare’s Othello, in which he played the character Iago with great success. He remains active in the area of theatre and was a lead actor in the original run of When Mahalia Sings, at Mixed Magic Theatre. He was a member of the famed 2nd Story Theatre and has performed in Take Me Out, A Few Good Men, Lobby Hero, Enron and The Boys Next Door. 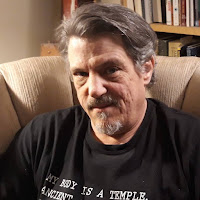 Ryk McIntyre is a writer, performer, student and activist living in Providence, He has been published widely over the years in fiction, non-fiction and poetry publications, including two collections of his writing, "After Everything Burns" (2013 Sargent Press) and "The Man at the Door" (2018 Broken Head Press) RI. He is active in social justice causes through through his church, First Unitarian Church of Providence, and independently as well.


Check out the video to get the overall experience of using a school garden as a teaching tool:

Or use this link.