Fall hiking is great in RI, with so many preserves, land trusts, and more organizing them around the state.  Recently, I visited Grills Preserve in Westerly (which also has a Hopkinson side past the former Polly Coon Bridge).  It was one of many organized for the days after Thanksgiving.  This "turkey trot" was organized by the Westerly Land Trust.  (Orange vests are required October through January, as turkey and deer hunting are permitted with licenses.)

The leaves mostly fallen, it was still a warm day in November as my hiking boots crushed oak leaves down trails lined with Princess pine.  Despite its name, the princess pine is not a conifer, but a lycopodium, or club moss.  They only grow to about six inches high while the underground rhizomes grow out further and further. 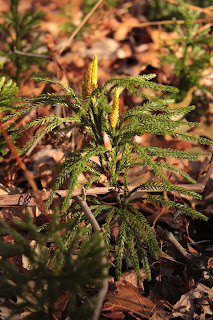 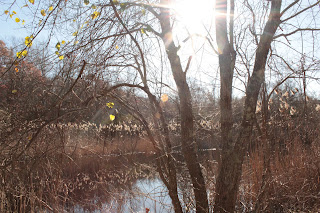 One aspect of Grills Preserve that will bring me back in the spring is the trail going between the Pawcatuck river and off-shoots of ponds.  The area floods, so timing to both look for frogs and not get stuck in the mud may be challenging.  The former Polly Coon Bridge had to be redesigned after the flooding of 2010.  This cairn shows how high the water got: 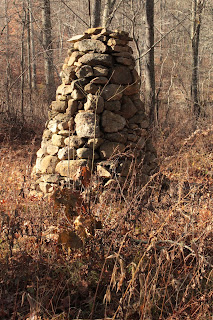 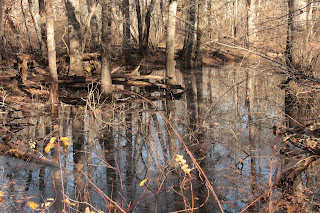 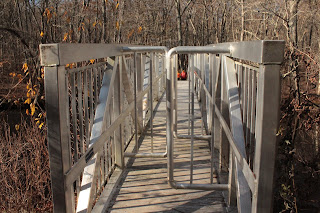 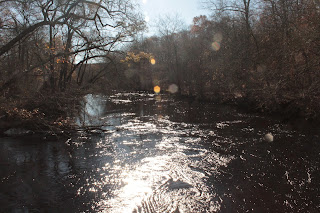 One of many trees cleared to make room for smaller succession. 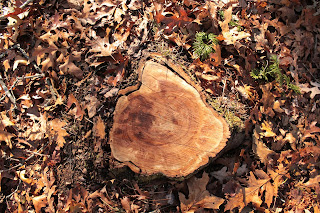 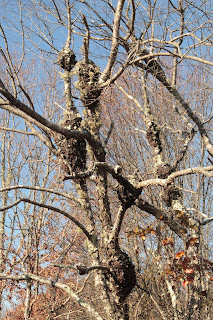 A granite rock out-cropping at a look-out point on "Big Hill". 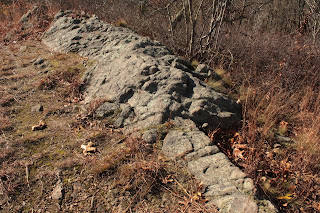 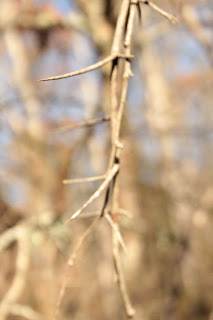 Thinned out trees are piled up here.  Many birds will benefit from this type of habitat as well. 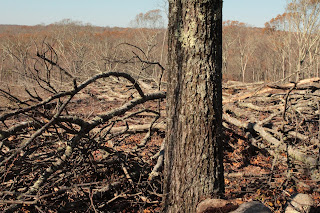 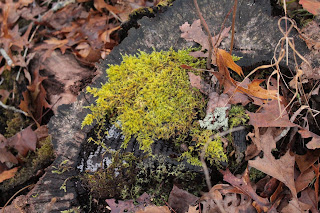 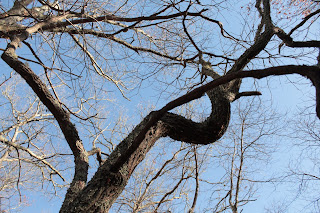 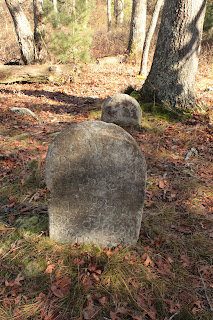 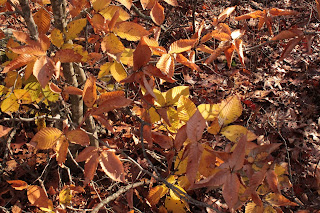 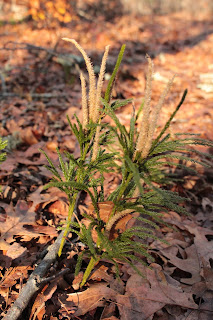 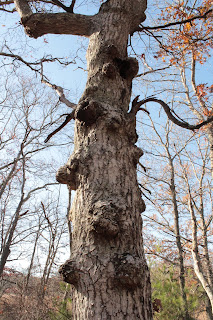 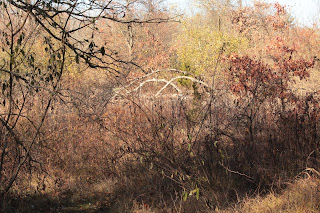 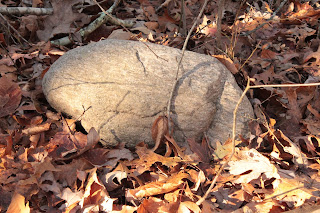 One oddity that appeared both in a tree off the bridge (not completely unexpected) and then randomly on a tree near the parking lot was fishing lures... 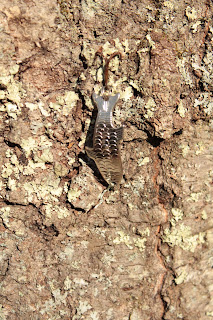 I'm definitely getting lured back!
Posted by 15minutefieldtrips at 3:19 AM