History and Humble Beginnings: Part One 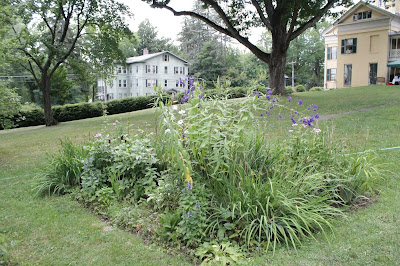 Thinking locally, I look around in a 100 mile radius at what others are doing to promote biodiversity, but history as well.  We've all driven past gas stations with plastic flower deserts and pharmacy and shopping centers with Stella d'Oro lilies adding color (and nectar for a few), and not much else.  But for all those visible faux pas, there are the less visible but much more viable private and community gardens, even restored historical gardens.

This month I visited a number of gardens in RI and a very special one in Amherst, MA.  Let's start there.  Emily Dickinson, famous after her death for her poetry and reclusiveness, was an avid gardener educated in botany.  She called her garden "controlled chaos" and tended her flowers, herbs, and vegetables by lantern at night, to avoid being disturbed.  It was in her thirties she became more and more reclusive, whittling her world down to the family home and grounds and walks to her brother's home next door. 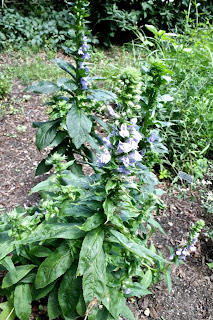 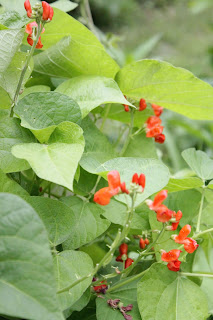 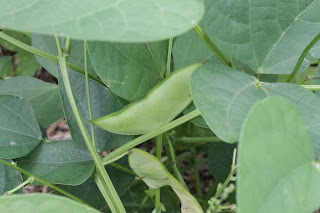 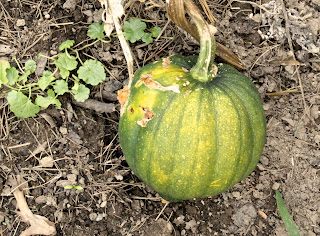 Touring Emily's family home, you could see the Puritan influences.  Emily's bedroom was sparse, with a bed, dresser, wash basin, chamber pot, little heating stove, and of course, her writing desk.  The facsimile wallpaper was a riot of unnamed roses.  There were a few photos and a small painting as well.  The rest of the home contained a parlor with a Wilkinson piano (many family members played) and Aeolian harp (played by the wind), a library that showed they subscribed to Atlantic Monthly, a modest kitchen, etc.

Emily was quite fond of Susan, her sister-in-law, and visited her and the children often.  The Evergreens, as her brother William's house was called, was much more showy: Original and reproduced works from William and Susan Dickinson's European travels, Near East prints and rugs, a kitchen with a pass-through opening to the dining room for servants to deliver food from, a library, a drawing room, bedrooms, servant rooms, and an open porch facing out toward the town.  The porch served almost as a "stage", playing their part as their father was very involved in the town as a lawyer and legislator and in bringing the railroad to Amherst, and his father founded Amherst College. 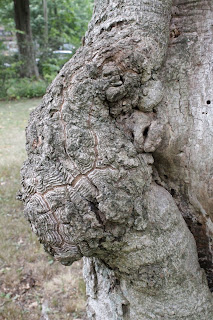 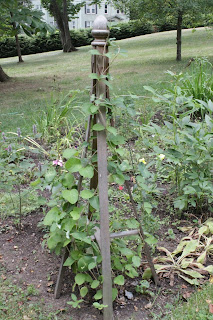 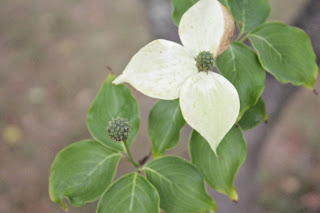 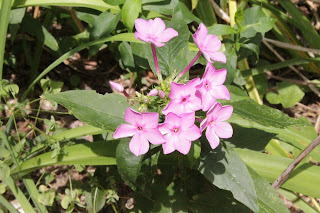 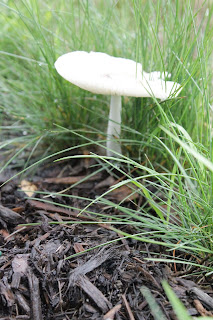 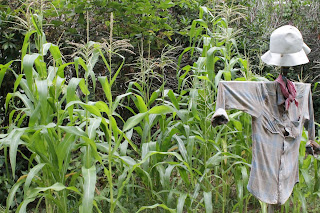 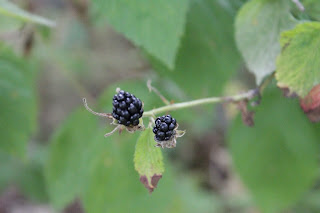 Perhaps this constant attention on the family lead to Emily's reclusiveness. But for all her simple living, what she had seen and done remained with her.  The train appeared in her poems more than once.  She was only 14 when she started her herbarium, or collection of pressed flowers and herbs meticulously labeled.  She attended what is now Amherst College for 7 years and Mount Holyoke Female Seminary School for a year.  Flowers and herbs, their botanical parts named, insects, snakes and birds, metaphors she didn't have to go far to find to take you on a journey. 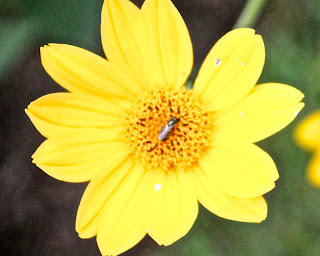 The museums are a work in progress.  Since her death in 1848 at the age of 55, both homes have suffered their age, from peeling wallpaper to water damage.  Later owners made changes, which have since been removed.  Cracks in the walls and ceiling have boards screwed into them until proper repairs can be made. 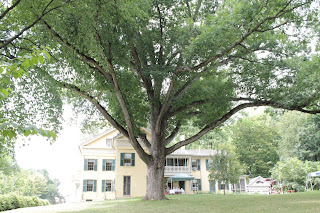 But the work continues.  The great oak tree still stands.  Some trees were lost in a hurricane.  Others had been replaced with a tennis court (now removed).  The orchard Emily's mother tended is being restored.  Baldwin, Westfield, Seek-No-Furthers, and Winter Nelis saplings grow as the soaker hose alleviates the very dry summer this year.  More apple and pear varieties will be planted soon. 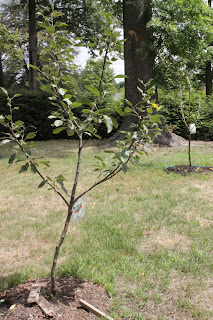 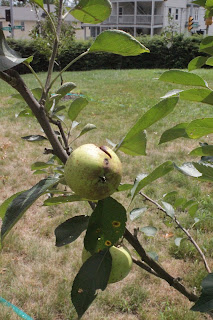 Through ground-sounding equipment, the locations of Emily's and sister Lavinia's gardens were discovered.  Volunteers planted what was typical of the time, also identifying plants described in her poetry and collected in her herbarium.  (My next trip up there must include a trip to Harvard's Houghton Library, which holds her 400 plus pressed flowers and plants.)

Construction of her greenhouse begins this month.
Posted by 15minutefieldtrips at 6:45 AM